During COVID-19, stuck at home and bored, two twin sisters named Haley and Hanna Cavinder began to create TikTok videos. The twins were, at the time, sophomore players on the women’s basketball team at Fresno State.

In their videos, the two dribbled basketballs to the rhythm of songs. The content became a smash hit, and by the end of the summer, the two young women had over 4 million followers across various social media platforms. When the Supreme Court ruling in Alston v. NCAA at the end of June 2021 paved the way for collegiate athletes to profit off their Name, Image, and Likeness (NIL), the Cavinder twins were one of the first to benefit.

The two young women signed a deal with Boost Mobile that plastered their image on a billboard in Times Square. They signed with Six Star Pro Nutrition, and there are other deals in the works yet to be disclosed.

NIL has created an opportunity for entrepreneurial advancement that, for years, athletes were expressly prohibited from. Some scholars have speculated that, due to the increased chance of visibility and monetization, NIL will make sports more equitable for all genders and races. But, as the first few months after the NIL ruling has shown, it is the athletes who already have media exposure and access to internet and technology who have been able to benefit first. As sports and social media continue to merge, institutions should take into consideration the ways in which equity comes into play online, and what young athletes need to learn in order to take advantage of the entrepreneurial options now available to them. 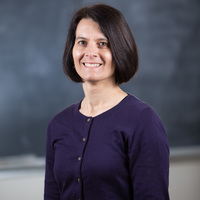 "The early activity has revealed the places where many would have guessed that things would quickly emerge," said Dr. Jennifer Hoffman, an associate professor with the Center for Leadership in Athletics at the University of Washington, said, “ So, athletes who already have visibility because of their sport, or families with an understanding of marketing that can share that with their children, much the way many college families know how to pull the levers that propel you to a college scholarship.”

Since the pandemic began, the digital divide between urban, rural, and suburban areas has become clearer. According to the Pew Research Center, only 72% of adults in the U.S. say they have broadband internet access at home. However, roughly 80% of all surveyed owned a smart phone.

“We have to be really careful that we understand there’s wide variation in access to those tools, we can’t assume that any one person understands how to use those tools better than another based on privilege,” said Hoffman. “We don’t actually know who is highly skilled and who isn’t until they come to our campus. That’s where we need to be clear as institutions about how we’re assessing the skills students have, figuring out what we can do that’s educationally purposeful,” said Hoffman.

The key to this, said Hoffman, might be the actual ruling of Alston vs. NCAA, which enabled the rule change for NIL.

“The Alston case provides an avenue for educational benefit. The big schools that have access to resources to help an athlete who may not have the tools can much more easily make sure athletes get access to those tools,” said Hoffman, clarifying that whatever the university chooses to provide “has to be an educational benefit, like [a class called] Entrepreneurship 101 and the students are learning about how to use social media.”

Dr. Kirsten Hextrum, an assistant professor of at the University of Oklahoma and author of Special Admission: How College Athletic Recruitment Favors White Suburban Athletes, said that in the past, student athletes weren’t able to use any scholarship funds to cover the cost of anything mentioned outside a syllabus.

“Most syllabuses don’t say you’re required to have a laptop. Or high-speed broadband. It’s implied,” said Hextrum. “Alston is saying we really need to look at what is required to be a student.”

“If an institution is interested in allowing all student athletes to have an equal shot, then they will have to come up with some sort of across-the-board programming to support all student athletes,” said Hextrum. “I’m not convinced institutions are interested, nor do they feel the pressure. The reason we have an academic support unit for athletes only came about from athletes and public activism to say, you have a responsibility to provide education.”

Institutions should be focused on education, said Hextrum. After all, that is their first purpose.

“They’re not supposed to be focused on supporting athletes to make money," she said. "Is this the mission of higher education to make students entrepreneurial brands? I’d say no. But they should set [students] up with a wider skill-set range.”

Those opportunities may not exist inside the athletic department, but in other departments at the university or college. At the University of Oregon, Kelli Matthews teaches athletes how to protect their image and be responsible. Matthews isn’t a part of the athletics team, she’s in the school of communication. Dr. Donna Davis, who works with Matthews in the School of Communication, is an expert on the relationship between digital life and the user.

“It’s paramount that universities that have athletes have some training to protect them, the university, to protect the sport,” said Davis. “How do they protect themselves from becoming a part of the news? [The students] won’t have that savvy at all. The lure of fame, especially to an 18-year-old, it’s pretty enormous. Entering college [freshmen], they become a vulnerable population, based on the access they have without insight into consequences and the feeling of invulnerability, when in fact they’re very vulnerable.” 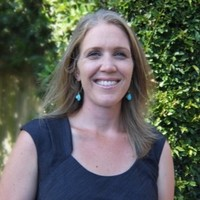 Dr. Kirsten HextrumSocial media isn’t just about who or what is posted, it’s also about who sees the content. And that is entirely out of the hands of the university and instead in the hands of computer intelligence, algorithms designed to keep the user interfacing with the app. Algorithms are not written by computers, they are written by humans, whose internal and invisible biases will then be replicated.

“What are the algorithms that determine who gets shared most?” asked Davis. “They’re all driven by the people who design the algorithm, who are overwhelmingly White male.”

“There’s long standing research in women’s sport which is that women athletes only get the attention if they present themselves as these highly sexualized objects,” said Hextrum. “Not to take away from their talent, but it’s not like their athletic skills were the main driver [of their deals.]”

“What we’ll see with NIL is writ large as a reflection of the dominate values in our culture, they will be ones to profit sooner,” said Hextrum.

Social media’s dark side, the artificial comparisons between the user and the world presented to them, or the importance placed by young people in the number of likes or followers they reach, can be counterbalanced by social media’s ability to create community, according to Dr. Jenna Drenten, an associate professor and acting chair of the Department of Marketing at Loyola University Chicago and an expert in influencer and celebrity culture.

“There are many ways in which social media provides connection, and in that way, you can find a community,” said Drenten. “There are ways that colleges can foster community that then benefits algorithmic attention.”

As an example, Drenten said if one female athlete on the soccer team were to post a picture on Instagram, and then everyone else on the team immediately like and comment on that post, it can tell Instagram’s algorithm that this is popular content. The site will then push that post onto the Discovery page, increasing its chances of being seen.

Social media, said Drenten, has changed the landscape of who has access. And while true fairness in media will be difficult to come by, athletes will finally have total control over their outside persona. Learning how to control that persona is something institutions, said Drenten, need to teach.

“Institutions can’t make the assumption that young people know how to use digital media for their marketing purposes," she said. "It’s totally different from being a consumer,. "As they train individuals, just as a sports management approach would be, train them in how to talk to press, present yourself on game day, how to best represent your university and yourself.”

Liann Herder can be reached at This email address is being protected from spambots. You need JavaScript enabled to view it..